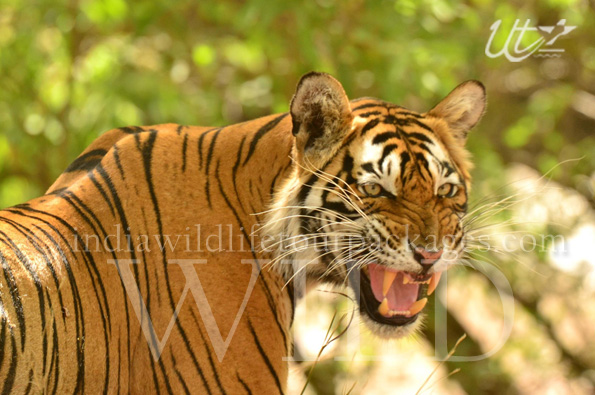 Contact us for Booking / Enquiry of Package Tours to Bandipur National Park.

Bandipur Tiger Reserve situated in Mysore District of Karnataka State of India was among the first nine Tiger Reserves created in India at the launch of Project Tiger in 1973.

Bandipur National Park is a beautiful forest reserve located in the southern Indian state of Karnataka. This national park occupies a special place in India’s efforts towards natural conservation. It was created in the 1930s from the local Maharaja Voodiyar’s hunting lands, and named Venugopal Wildlife Park. Bandipur National Park was expanded later in 1941 to adjoin the Nagarhole National Park, which lay towards its northern edge, and Wynad and Madumulai Sanctuaries, which lay towards its southern edge in the states of Kerala and Tamilnadu, respectively. The entire area now constitutes the vast Nilgiri Biosphere Reserve, one of India’s most extensive tracts of protected forest.

Bandipur National Park – a part of the Project Tiger, covering an area of 803 sq. kilometres is a true delight for the enthusiastic and genuine naturalist and lovers of wild life. Situated adjacent to the Wayanad plateau of Kerala, Bandipur National Park is a rich deciduous forest. It is located at an average elevation of 3500 ft. providing a salubrious climate to the Tiger, the Panther, Elephants, Gaur (Indian bison), Sambar, Sloth Bear, Wild Boar, Chital (spotted deer), Kakar (mountain deer), Wild Dog and a host of other mammals and birds. Pythons, Cobras, Kraits, Vipers and other reptiles may also be observed here with fascination.